Back in January there was a report of a great grey shrike at Wicken Fen and I’d never seen one before so I decided to go and have a look. 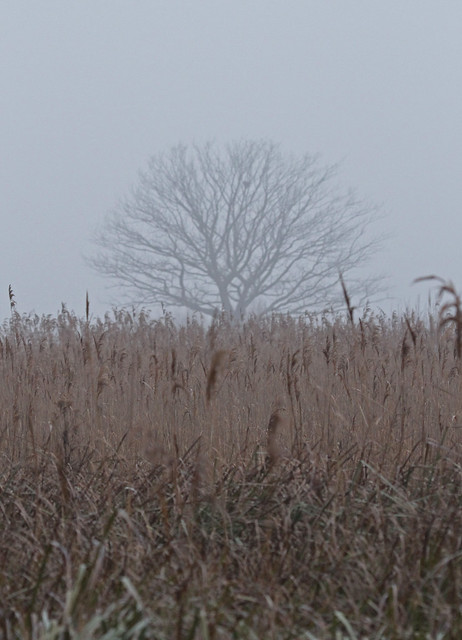 It was a very grey morning and not really one of those that gives me high hopes of seeing much wildlife, but the shrike put in the very briefest of appearances, probably less than 2 seconds, so short I couldn’t photograph it, but it was a striking bird! It was bigger and paler than I thought, and with its piratical black eye stripe it was completely unmistakeable. And despite my initial pessimism there was lots of birdlife around that morning. 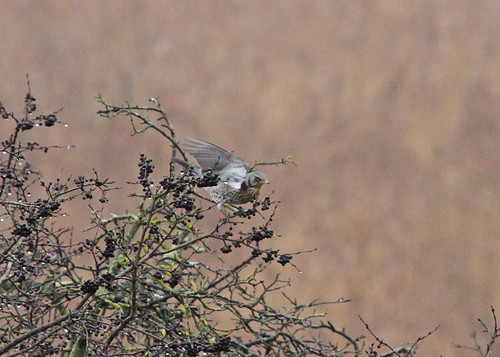 The Tower Hide at Wicken Fen is usually a good place to survey the area and see the local birdlife, and as the shrike had appeared very close to it I climbed the stairs to see if it would reappear and pose for a portrait. Unfortunately it didn’t, but all the following pictures are from the top of the Tower Hide: 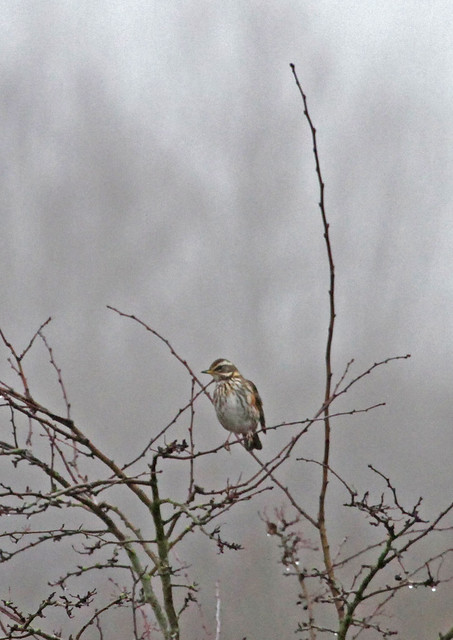 The redwing and the fieldfare are winter visitors in the UK, making the flight here from Scandinavia as the weather turns cold there for the winter. 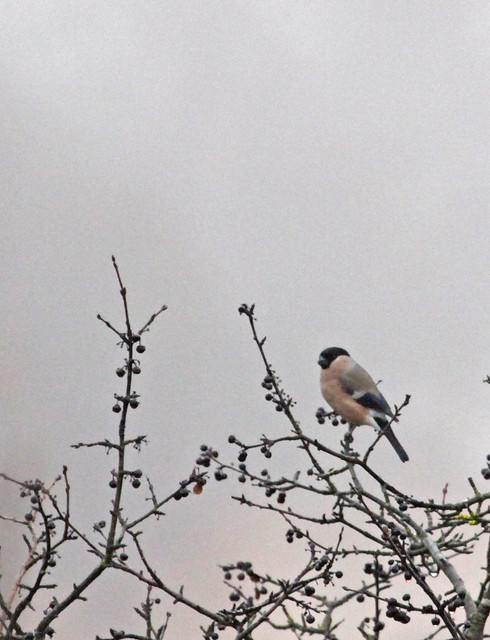 This male bullfinch may have appeared a little more washed out than he actually was. Or he may have been a youngster or waiting for some warmer weather to change into his sumptuous breeding regalia. 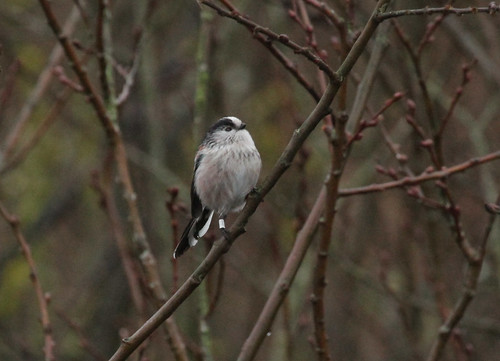 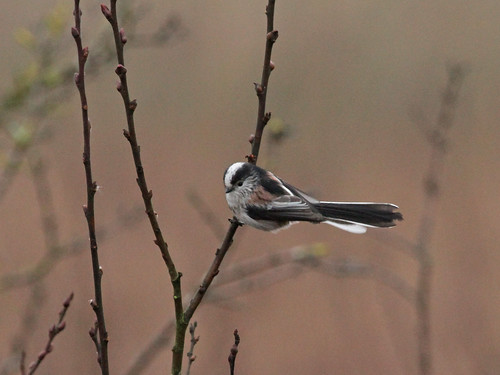 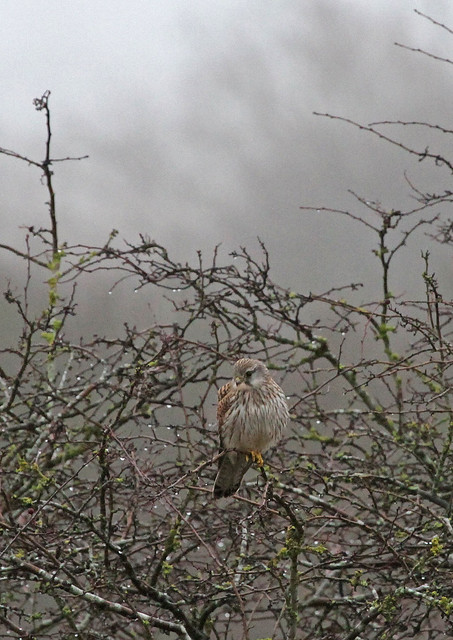 The drops of condensate clinging to the twigs around the kestrel give a fair indication of the prevailing weather – it was very cold… and very damp!