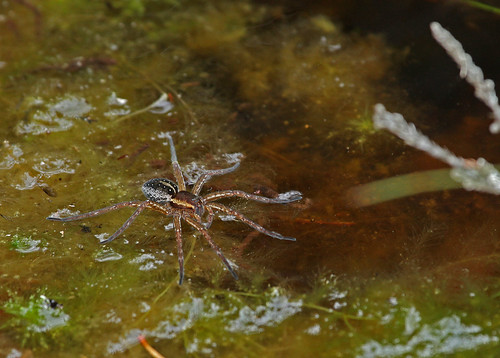 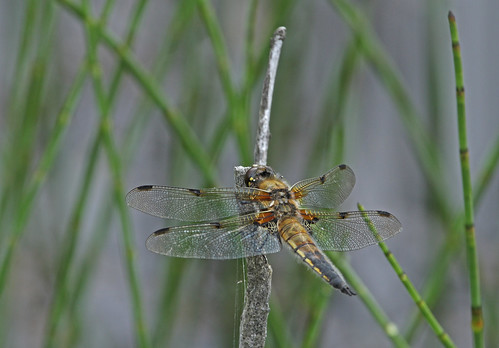 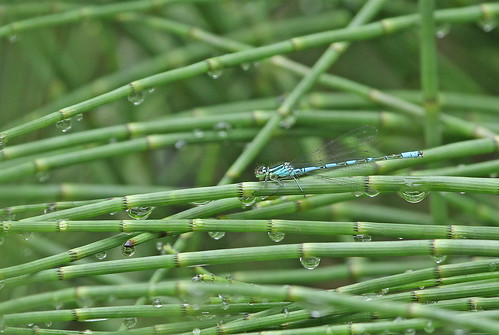 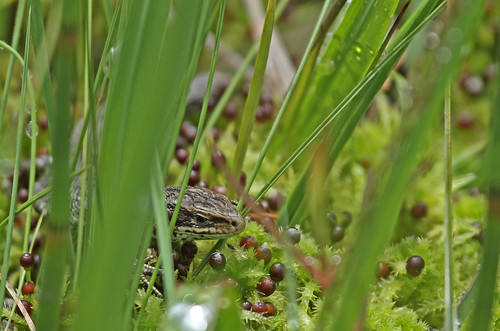 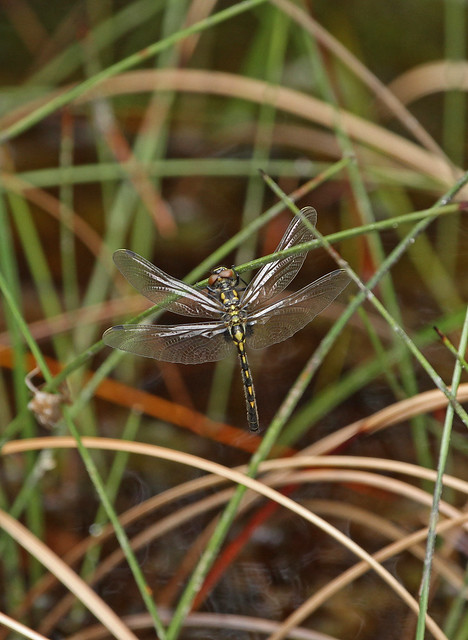 In the summer I posted about the desire of our local council to build houses on the green spaces around our village. One of those green spaces is a small area on Impington Lane which is between 5-6 acres in area, and a friend of mine who lives adjacent to this unassuming piece of scrub told me there were reptiles on the site which would be evicted if the proposed construction took place.

So with my campaigning hat on I set off very early one Sunday morning to try to capture some photographs of the resident reptilia to promote the argument that this diminutive fragment of green belt should remain unmolested.

The reptiles were staying under cover but there were wild flowers in abundance along with the accompanying insects. Hedge woundwort, as the name suggests, has medicinal properties and was used to staunch bleeding.

At 6am the sun was rising and it was already warm so damselfies were basking in the early morning sunshine to warm their bodies to enable them to go hunting. I found two species of damselfly:

(I’m not totally confident of my damselfy identifications so if you spot a mistake please let me know).  The undergrowth in the field was waist high in most of it and it was full of these particular flowers:

It’s very similar in size and shape to another wild flower called jack-go-to-bed-at-noon which is yellow (Tragopogon pratensis). But all these flowers varied from pale pastel purple to rich dark purple. I don’t know what species these flowers are, or if they’re related to jack-go-to-bed-at-noon, or whether they are wild or escapees from gardens, but they are very pretty and the bees like them.

Fluttering amongst the stems of all the wild flowers were numerous examples of this handsome creature, which I first thought was a butterfly:

Subsequent research revealed that it’s not a butterfly at all, it’s a latticed heath moth, Chiasmia clathrata, and is one the moth species that is active by day in May and June in this part of the UK. They were fiendishly difficult to photograph as they were skittish and hunkered down close to the ground on the stems of the flowers, and any slight gust of wind rendered any photography impossible. But fortunately the wind abated for long enough to get one half decent portrait.

Herb bennet, also known as wood avens, is a very pretty flower which prefers to grow in the shade and was lurking at the edge of the field out of direct sunlight.

Despite all the flora and insectivora, no reptilia put in an appearance on this outing. But in the weeks after my exploration my friend told me of two separate occasions where reptiles ventured into houses which are on the edge of this field, and as luck would have it both times someone managed to photograph the intrepid creatures and were good enough to send copies to me:

Despite the fact I very rarely see a common lizard they’re the UK’s most common reptile and can be found in most habitats including heathland, woodland,  grassland and gardens, from March to October. At my last house a quince bush grew around my front door and I found common lizards in there on a couple of occasions, showing that they can coexist with humans where suitable habitat and a lack of interference prevail.

It’s not common to find reptiles in the UK and it’s extremely rare to find them in ones house! So the second invader, which I’m told caused much consternation, was a grass snake.  Grass snakes like to frequent damp recesses, they are proficient swimmers and feed mainly on amphibians.

My favourite grass snake story occurred some years ago when another friend of mine lived in Kent and had an enormous back garden with two small lakes in it. On a visit there I was helping declutter the edge of a lake by removing the offending undergrowth with a grass rake. And on shaking the rake to remove a big clump of weed a sizeable bright yellow snake fell off the bottom. I jumped out my skin and may even have uttered an involuntary yell (in fact it was probably more of a squeal), because I reasoned we don’t have big yellow snakes in the UK, and if it’s a foreigner it may well be less benign than Natrix natrix, and be unhappy at this unwanted intrusion. But a somewhat digruntled grass snake uncoiled itself, flipped the right way up and, glided into the lake and swam across to the opposite bank to take cover where the undergrowth was still undisturbed! I’m not sure who was most taken aback, me or the serpent.

Both the reptile species here are listed as priority species by the UK Biodiversity Action Plan (BAP). So I hope this will be taken into consideration when decisions are being made whether or not to destroy the green lungs of our village!