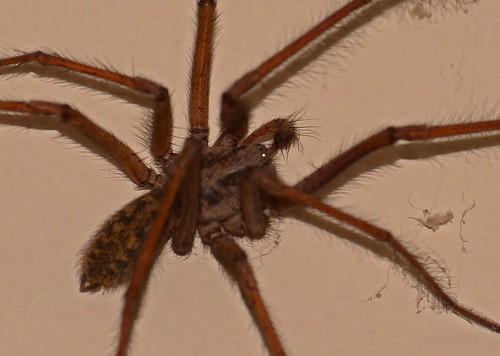 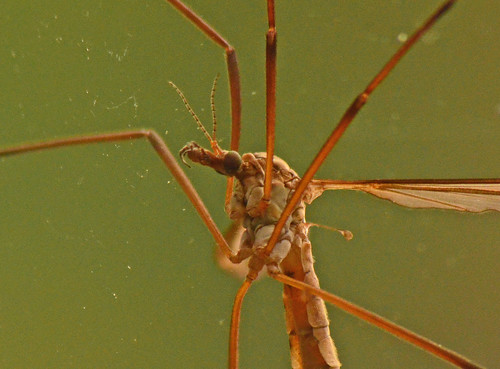 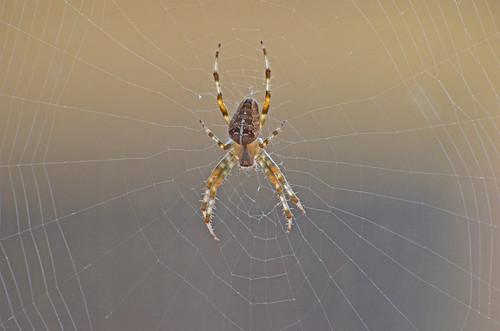 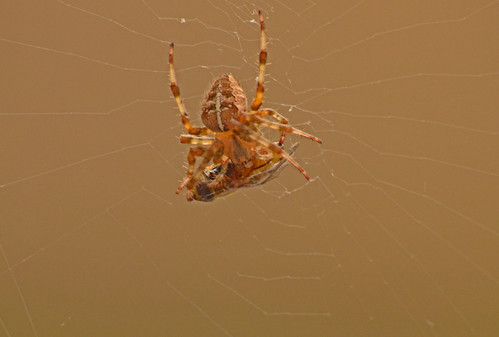 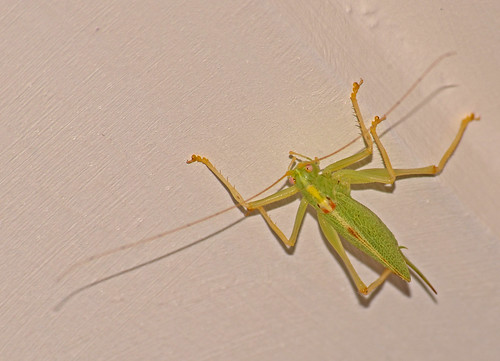 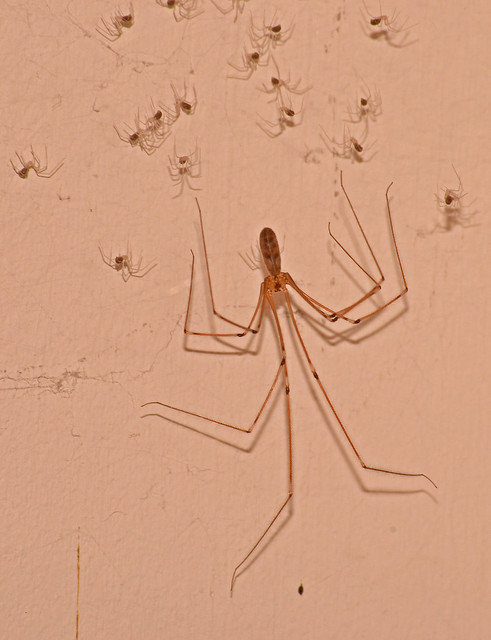 A couple of posts ago I described my Fenland safari and since then I just happened to have had my own ‘back garden safari’! Lots of colourful creatures have been stopping by to refuel.

I’ve previously expressed concern for the depleted populations of insects, in particular butterflies and dragonflies, due to the mad weather we’ve experienced in the UK this year, but in the last couple of weeks there have been some great sightings outside my back door.

The dragons have been late to appear but since the last week in August there have been common darters regularly alighting and migrant hawkers hunting overhead.

And of course it’s that time of year when the arachnids are most in evidence, and my garden is festooned with garden spiders, there are webs attached to every surface: walls, plants, windows… everywhere.

The female garden spider has a bulbous abdomen which is adorned with the fabulous diadem that gives the species its name. The male is smaller than the female and has a flatter, kite shaped, abdomen, but he also carries the diagnostic markings. A couple of years ago I posted about the perilous love life of the garden spider, suffice to say the sex life of the male can be dramatically and terminally curtailed if he fails to show the lady sufficient respect!

As well as the spiders, the occasional cricket strolls by, and this little chap was taking shelter under a sunshade from the unseasonally hot weather last weekend:

Oak bush cricket – Meconema thalassinum – the male of the species. The female has a long, upturned ovipositor protruding from her rear

The oak bush cricket is quite a small example of the genre, they are 13-17mm long and are carnivorous, feeding on small insects. They live on the edge of woods and in gardens and appear from July into the Autumn.

Also putting in a welcome appearance was a common buzzard, Buteo buteo:

The buzzard has been one of the birds which has really bounced back since the more stringent controls on of agricultural pesticide use were introduced in the 1980’s. I’d never seen a buzzard until I was in my 20’s and even then it was the occasional sighting in the wilds of west Wales or down in Cornwall. But they can now be seen over all of England – even from my garden.

Hoverfies rarely have common names, they’re simply known under the generic name ‘hoverfly’. And V. inanis is no exception, at least as far as my research reveals. There was great excitement when it first buzzed into the garden because at first glance we thought it was a hornet due to it’s size and its yellow and red colouration. And it was a whopper! They can grow up to 15mm long and this one was one of the bigger ones. It eventually settled and posed rather obligingly on the edge of the rabbit run while I snapped a portrait, and it is a very handsome fly. It has an interesting breeding tactic too laying its eggs in the nests of other social wasps, including hornets – which probably explains its size and colour scheme – where they hatch and feed on the larvae of the host.

I waited expectantly for this comma to open its wings and show the gorgeously ragged orange symmetry, but it didn’t. So I had to content myself with this silhouette of it perched on a cooking apple.