The most understated of ducks

I like ducks because they’re often easy to find, often colourful, and therefore also relatively straightforward to identify. And I always prefer it when I know what I’m looking at.

Last April (2017 that is) I spent a really gorgeous spring day at Rutland Water which is about 45 minutes north west of Cambridge and is an enormous U shaped reservoir and nature reserve. There was lots of wildlife to see including ospreys(!) of which more in a later post. But first off I wanted to post this picture of the humble gadwall (Anas strepera, Dansk – knarand). At a distance on a dull grey winters day they can appear drab – understated even – the duck equivalent of an ‘LBJ‘. But on a bright sunny day when they reveal themselves in all their finery I think they’re really handsome birds: 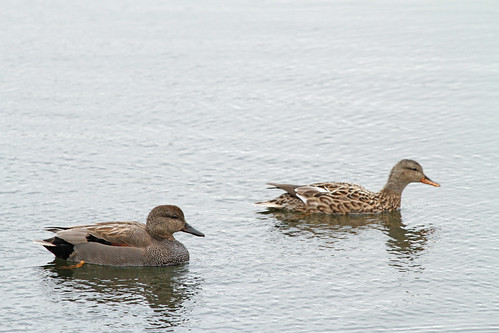 Being springtime the birds were also feeling fruity and this blackheaded gull was being a tad over ambitious when he tried to surprise his lady while she was perched on top of a narrow post: 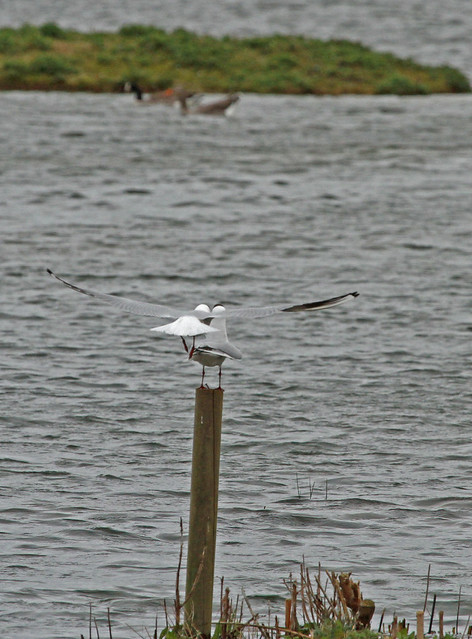 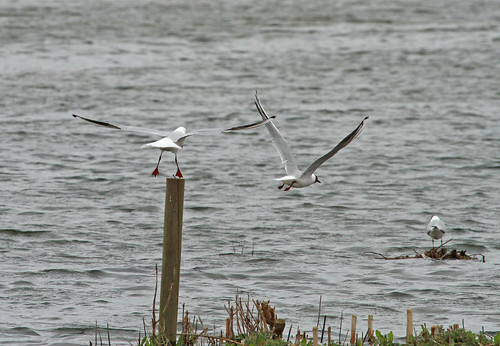 Not surprisingly all he ended up with was somewhere to perch 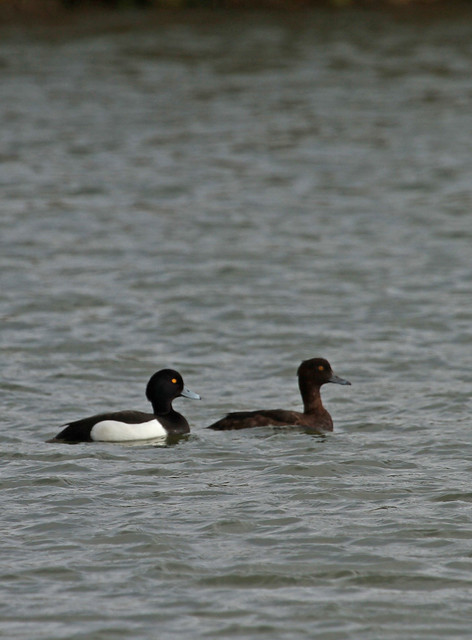 Tufted ducks are a species of diving duck which are resident here throughout the year and are relatively unfussy about their habitat, so consequently they’re fairly ubiquitous in this part of the world. They also have a prominent crest which unfortunately neither of this pair were displaying. But as with a lot of ducks, easy to see and easy to identify.