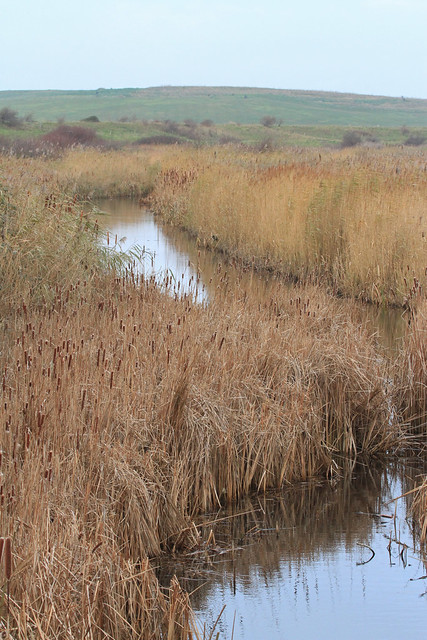 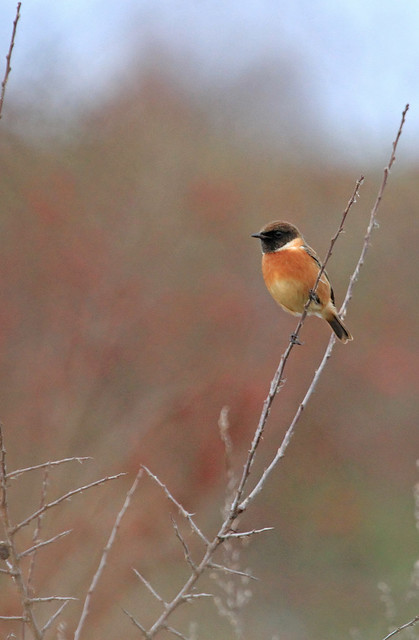 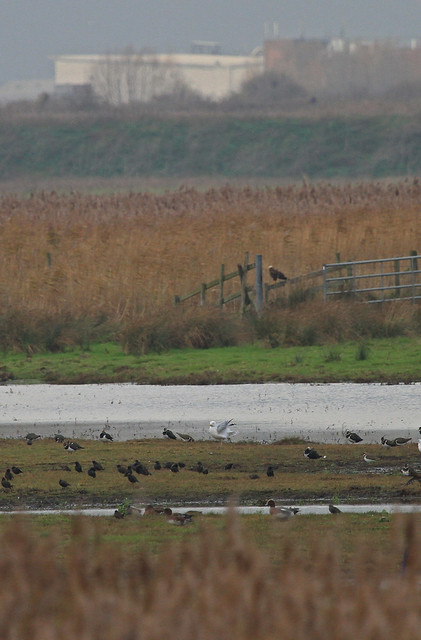 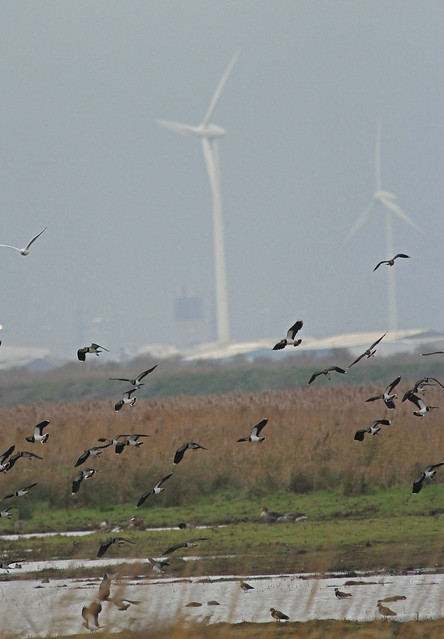 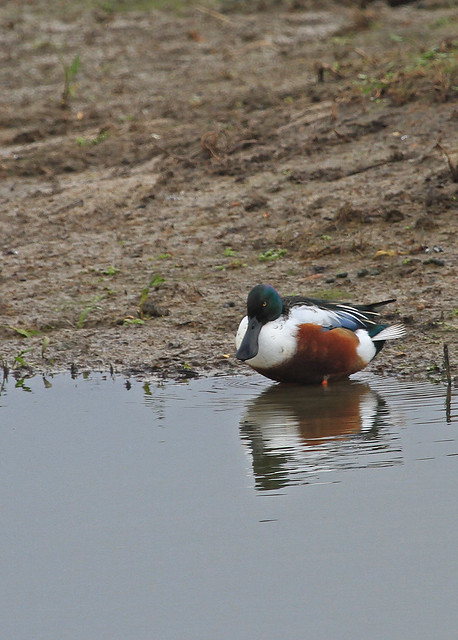 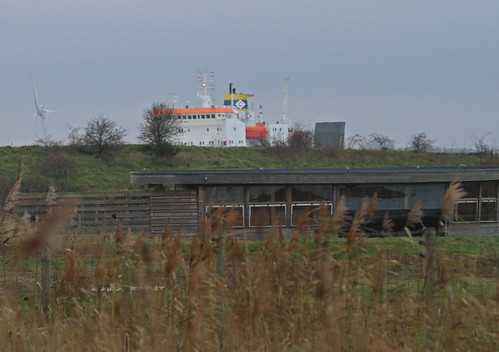 The winter frost finally arrived in my corner of Cambridgeshire in the last week and it left the landscape with a thick coating of pure crystalline whiteness. So I was able to indulge my recently discovered fascination with more abstract nature photography:

My trip out to Burwell Fen, east of Cambridge, early last Saturday morning was spectacular as a result of the frosty weather. I set off with my friend, David, around 8am with a view to catching some more sightings of short eared owls, and at that time the temperature was well below freezing. But it was one of those beautiful misty mornings where the mist is thin and lets through lots of light but the density waxed and waned, creating constantly changing, ghostly conditions. Which is lovely to look at but not so good for finding wildlife.

As we approached the Fen, driving out the back of Reach through Tubney Fen (which, incidentally, has had nesting avocet in previous years), roe deer and red-legged partridge were in abundance (no exaggeration!) . I like partridge and I see them quite often around Histon, but I usually flush them before I can get close enough to photograph them, but on this instance the car made a great hide.

Three of a small flock of red-legged partridge absorbing the heat from a huge pile of dung. Splendid birds,  bizarre that people want to shoot them rather than just look at them.

Red-legged partridge (Alectoris rufa, Dansk: rødhøne) were introduced to England from Europe and alas for them they are a game bird.

Roe deer (Capreolus capreolus) were also much in evidence, we counted 43, and at one point on the Fen they were flushed and moved en masse and we counted 31. I don’t think I’ve ever seen that many in one go and it was a terrific sight. We think the four below were part of a family of five, the fifth just out of shot. The big one on the right is the female, the horned one in the middle is the male and the other two are youngsters, the third youngster is the one out of shot.

Four of a family of five roe deer

Roe deer tracks with a 2p coin to show the size. They were mixed with muntjac tracks, but could be distinguished by the larger size:

Roe deer are native to the UK but muntjac, also known as the barking deer, were introduced from China to Woburn in Befordshire where escapes and releases, and their obvious liking for the Home Counties led to a rapid expansion of their population. I regularly see and hear them in Histon, and the barking sound they make is quite unlike anything likely to be heard in the English countryside.

Whilst scanning for owl, I spotted a stonechat in the grass (Saxicola torquatus, Dansk: Sortstrubet bynkefugl):

The stonechat is a resident breeder and a migrant to the UK and frequents the kind of scrubby countryside found on Burwell Fen.

Then when the mist lifted and the morning developed into a very cold but very sunny one, the owls appeared, and we had lots of sightings. We chatted to a BBC camera man in the car park who had come to film the short eared owls and he must have captured some good footage by the time he went home.

They are great to watch, they hunt low over the scrub for rodents and regularly get chased up in the air by crows and on one occasion, a kestrel.

Short eard owls (Asio flammeus, Dansk: mosehornugle) have a small breeding population in the UK, but also migrate here in the winter from northern Europe. I’ve heard that they are here in larger numbers than normal this year due to last year being a good lemming year in Scandinavia. Whatever the reason I’ve heard a number of reports of sizeable groups in Essex, Cambridgeshire and Northamptonshire. They are diurnal and therefore easier to see than most owls and they are very distinctive. The underside is largely white, the winspan is around a metre and the pale brown spot toward the end of the top of the wing is also easy to see and differentiate them. They also have bright yellow eyes which I’ve heard is characteristic of owls which hunt in daylight – but I’ve not found any hard evidence for that.

Lastly, we had several encounters with this group of nine grey partridge, also known as the English partridge (Perdix perdix, Dansk: agerhøne). The numbers of our own partridge have plummeted catastrophically in recent decades, by up to 90%. I see the occasional one around Histon, but it was good to see this group on the Fen.

Six of a group of nine grey partridge

The red/brown head and lack of white face, black eye stripe and white wing markings clearly distinguish the grey from the red-legged partridge. The difference in demeanour was remarkable, the red-legs seemed relatively unfazed by our presence and were easy to see and photograph, but the greys sat tight, very low to the ground, and flew away at the slightest disturbance.

In one trip we saw all the UK partridge species, and lots of short eared owls, and more roe deer than I’ve ever seen before in one go. Well worth the early start on a freezing morning!