Winter in the Wash

One of the ‘must see‘ natural events in the UK occurs in the winter when hundreds of thousands of ducks, waders and, in particular, geese spend the season on the mudflats of the Wash. The Wash is a huge bay on the east coast of England into which the rivers Witham, Welland, Nene and Great Ouse all drain into the North Sea.

When the tide recedes, like Morecambe Bay in the previous post, enormous areas of mudflats are exposed which provide sustenance and a roost site for colossal numbers of birds. Every morning at dawn thousands of geese take flight to head inland to feed, and the geese are what everyone goes there to see. 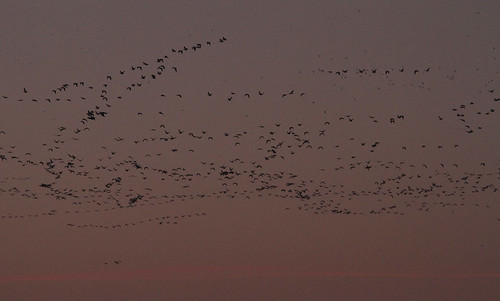 I arrived at the coast at Snettisham on the north Norfolk coast around 6am when it was just starting to get light. Already sizable flocks of geese were in the air and I was concerned that I’d missed most of them. But then as the sun rose higher gargantuan flocks started to pass overhead and it was a truly incredible sight! 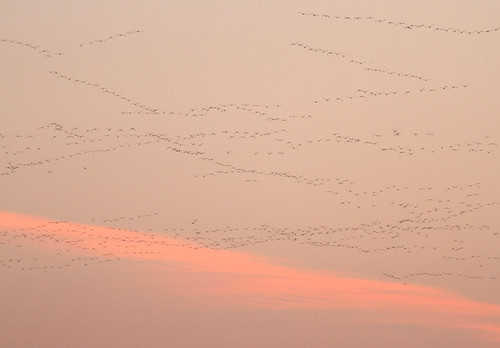 I don’t know how many thousands of geese were there but at the end of the day I went back to the same place to see them return. It was getting dark and all was still, so, as in the morning, I thought I’d missed them. And then they appeared, quite suddenly in their tens of thousands. I tried to estimate the numbers by counting small numbers of each wave and multiplying up, and I estimated there were between 30-40,000 birds returning. 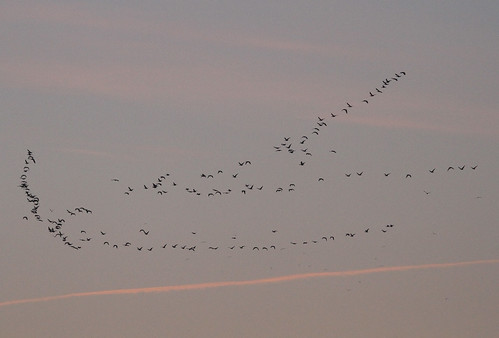 And if you’ve ever spent any time near geese you’ll know that they’re not afraid to announce their presence, so the other thing that I hadn’t expected, but maybe I should have done, was the noise. It was a magnificent cacophony! And not just the squawking, but the sound of them flying when they came over lower to the ground.

These birds breed in the summer up in the Arctic, in Greenland, Iceland and Spitsbergen and then head south to the relatively balmy conditions of the UK coast in winter (!). 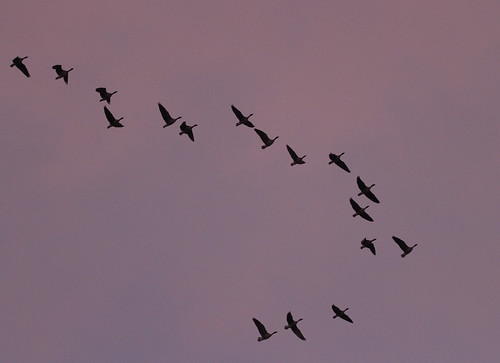 It’s unknown why geese fly in skeins, but it’s thought to provide an aerodynamic advantage to the ones behind as they slipstream in turbulent air generated by the bird in front. Which makes me wonder if they constantly switch the pacemaker or if the biggest and strongest bird is always the one at the front. 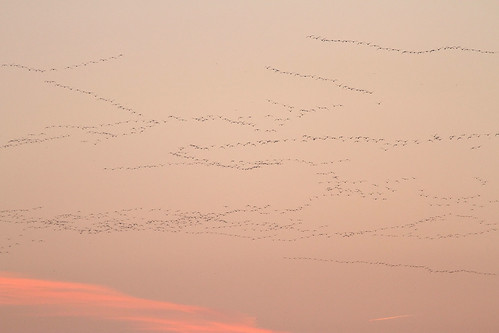 I estimated there were around 500 birds in this huge flock, but even that was a tiny proportion of the total

To see this meant getting up and out at 4am which is never my favourite thing to do, and it was ferociously cold, but it was worth it to see such a unique spectacle. And as the sun rose and it got lighter, it soon became apparent that the geese weren’t the only seabirds in the area: 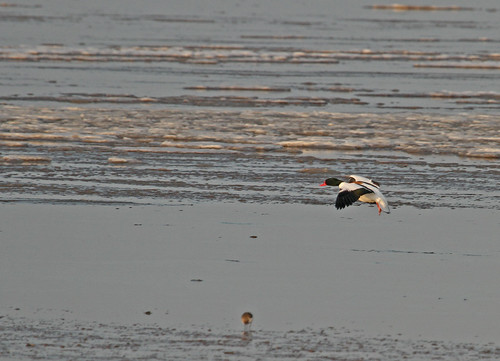 A shelduck (Tadorna tadorna, Dansk: gravand) on final approach past a lone dunlin in the foreground 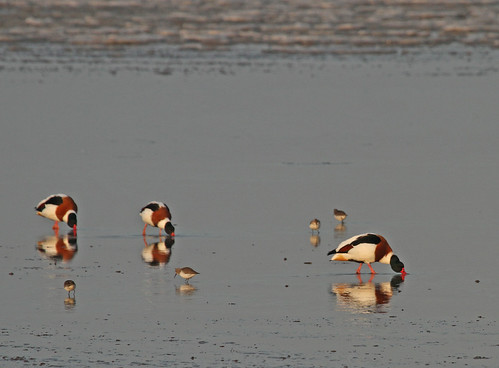 The Wash is now not the only significant area of coastal mudflat in East Anglia. In order to attempt to mitigate some of the anticipated ravages of climate change, flood defences protecting areas of farmland on the coast further south in Essex have been deliberately breached. This has allowed the land to be reclaimed by the sea and to regenerate the tidal mudflats that were there before humans originally interfered. The new habitat  was created with the millions of tons of earth removed the ground under London in order to build the Crossrail tube train tunnels. And as soon as this happened the wildlife started to recolonise, and even though it is still fairly barren in comparison to established habitat, I hope that in the near future it will also provide refuge to hundreds of thousands more birds, and lots of other wildlife too. 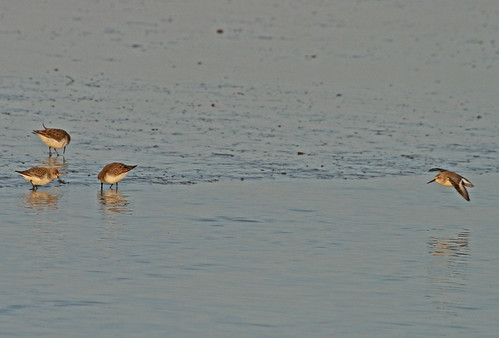 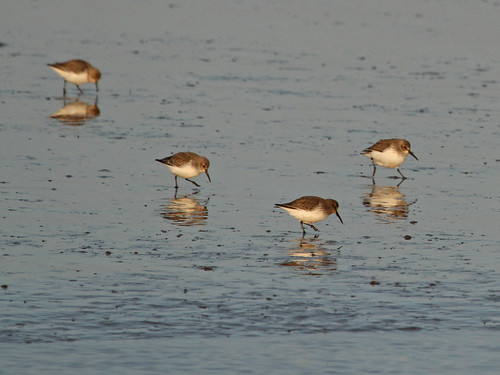 But more of dunlin in the next post, and plenty more species of sea birds both at Snettisham and after that at the RSPB coastal reserve at Titchwell.