This post’s a tad unseasonal now, but I’m on a mission to try to catch up with myself,  so this is the first edition of the my race to the present! For the last couple of years the bird species that frequent my garden seem to have been changing. Greenfinch all but disappeared for over a year, even the ubiquitous chaffinch completely vacated for many months. There is always a niger seed feeder for the goldfinch and siskin, and even though siskin seldom visit, goldfinch were there every day. And then they weren’t. if I see one in a week these days that’s as many as it is. The strange thing is that all three of these finch species haven’t disappeared from the village so maybe, hopefully, they’ll return soon. 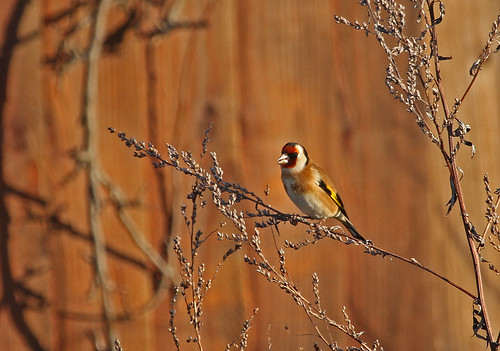 A goldfinch (Carduelis carduelis, Dansk: stillits) in a field on the edge of the village

During a stroll with the dog across the local fields at the end of December the goldfinches, and lots of other birds, were enjoying a glorious sunny winter morning. A grey heron flapped lazily across the tops of the trees: 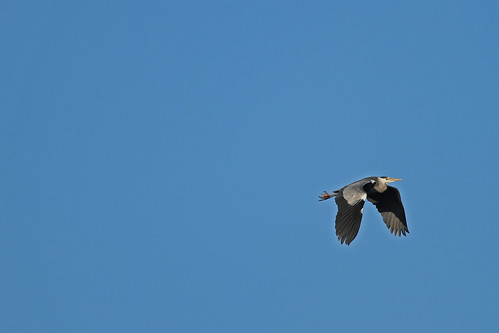 Grey herons aren’t an unusual occurrence in this location, but what was unusual was that it alighted in the top of a tree: 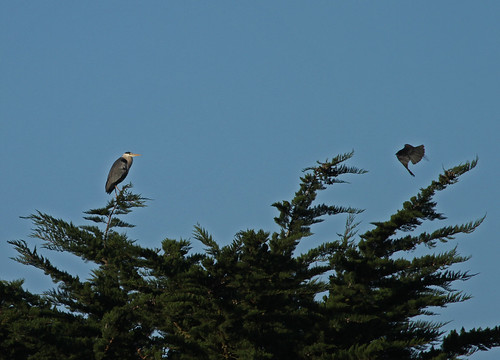 To the general annoyance of the local corvid population. I think this is a carrion crow, it took exception to the presence of the heron and proceeded to dive bomb it and then landed in the same tree and squawked at it. To which the heron voiced its own displeasure: 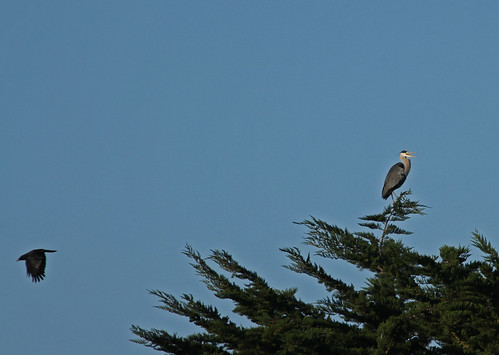 All this bickering led to the departure of the crow followed shortly by the heron. And while I was trying to unobtrusively find a spot to get closer to the tree, a wren, one of my very favourite little birds, appeared in the hedgerow close by, so I had to spend a minute or two snapping a portrait of it, so I missed the departure of the heron. But it was worth it to get this little chap: 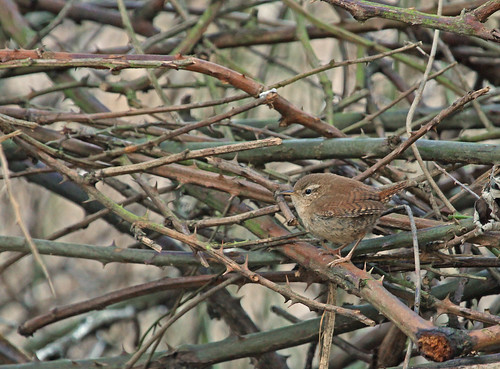 The wren is one of our smallest birds and has an incredibly loud and varied song for such a small bird. It’s the most numerous bird in the UK, it weighs around 10g and is resident in the UK throughout the year. It’s a brave little chap and is one of the species that appears reasonably regularly in my garden where it’s always welcome.

Another bird which appears in the fields when the weather gets cold is the black headed gull: 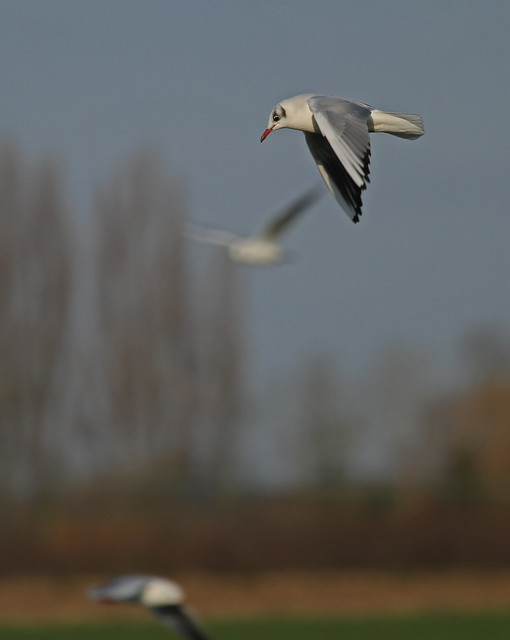 It feeds in the fields in sizable flocks, sometimes hundreds strong, alongside other gulls such as the herring gull, common gull and lesser and greater black backed gulls, but they all disappear as soon as the weather warms up. This one was already starting to develop the black head summer plumage even though it was still only December. I guess the mild winter weather made its thoughts turn to mating early in the season…