Even though my regular finches had been conspicuous by their absence in the garden one of my favourite birds, and one of the tiniest, was often flitting around the flower pots hunting insects: 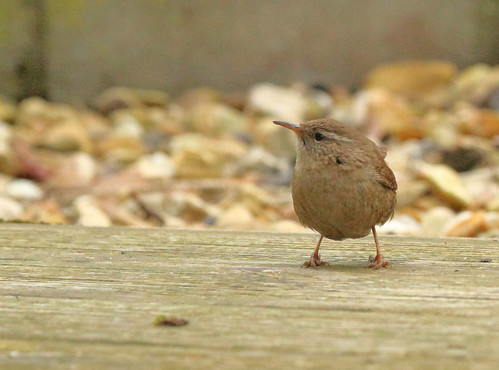 The word ‘troglodyte‘ has derogatory connotations so I wondered why the taxonomic name for the wren uses it twice, and apparently it originates from the Greek for ‘cave dweller’. Even though the BTO website lists its habitat as woodland and undergrowth as it’s an insectivore I guess that could make sense in some countries, so I guess it may depend on the nationality of the scientist who named it. 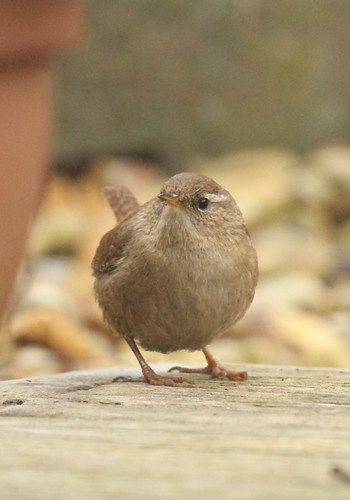 Wrens are tiny, weighing on average 10g and with a 15cm wingspan. They’re resident in the UK and I think it’s remarkable that such a tiny creature can survive a long cold British winter. A real testament to the effectiveness of feathers as insulators. And another amazing thing about wrens is their voices, they have incredibly loud song for such a tiny bird, if you’d like to hear it click here: Eurasian wren song. 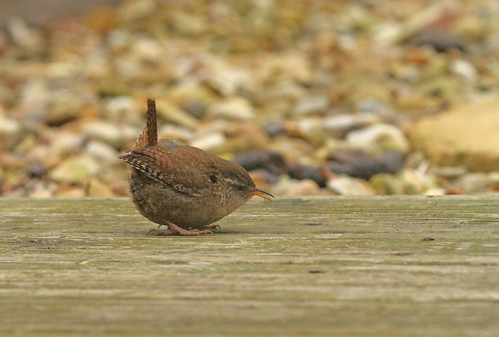 Yet another remarkable fact about the humble wren is that it’s the most numerous songbird in the UK with 7.7 million territories. And as they’re not always easy to see as they flit around the undergrowth I was surprised by that statistic until I learnt to recognise the song. After that I realised they are everywhere! 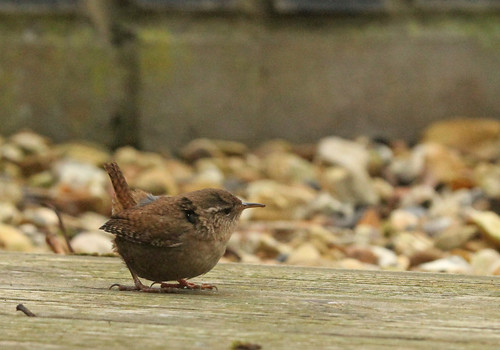 This little chap appeared one day in February this year on a bug hunt in the flower pots, he posed right outside the window and let me snap a series of portraits. Wrens have been regular visitors through this year and I’ve deliberately avoided tidying the garden hoping they continue to treat it as home.

6 responses to “The indomitable wren”